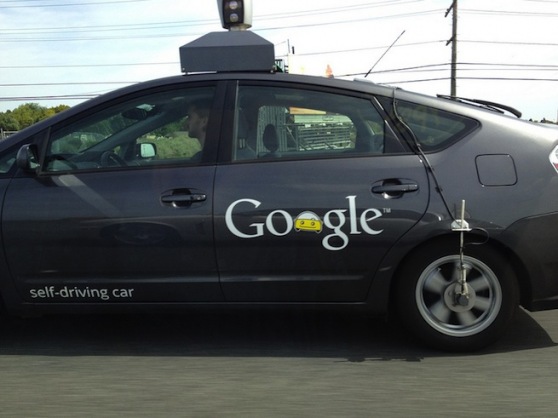 Driverless cars are widely regarded as the future of the automotive industry, but at the moment, they are surrounded by many questions, in terms of when exactly they will be commercially available, which manufacturer will be the first to bring an autonomous vehicle to the market, whether they will really be as safe as proponents of autonomous driving technology claim, and how they will affect society as a whole. These are some of the questions that Clint Henderson, SEO and Digital Marketing Strategist, tried to get an opinion on from some of the leading journalists, writers and bloggers specializing in the auto industry. Clint Henderson has published their answers in a Q&A piece on partscatalog.com.

(BBC, Top Gear), Nino Karotta (Jalopnik, TopSpeed), John Voelcker (Green Car Reports, The Car Connection), among others, were asked to weigh in on, was who they think will be the first manufacturer to introduce an autonomous vehicle to the market. While some experts think that it will be one of the global automakers that are working on self-driving car technologies, such as Daimler, BMW, Audi, or Honda, others believe that this race will be won either by Tesla, the innovative electric-car maker, or by Google, a company that hasn’t had any experience in building cars so far.

As far as their preferences on which company they would like to see create a self-driving car, the experts’ opinions are quite divided. Some are rooting for Toyota, as a manufacturer of safe and reliable vehicles, or Mercedes, since it’s a car maker that has introduced some of the most significant vehicle safety technologies in the past, while others would like to see the likes of Google and Tesla attempting to create an AV, because of their proven ability to introduce revolutionary technologies that can transform entire industries.

When it comes to what driverless cars are likely to look like, the prevailing opinion is that they are almost certain to have a large passenger space, where vehicle occupants would be able to sit back or even lie down, possibly with two rows of seats facing each other, allowing for better interaction between vehicle occupants.

One of the key questions concerning the introduction of autonomous vehicles is whether they will have a deep impact on society and how they could potentially change it. The auto experts agree that they should help improve road safety, reduce traffic congestion and carbon emissions, resulting in optimized utilization of roadways. Also, they predict that people will become more productive and healthier, with autonomous vehicles presumably eliminating traffic jams, which are one of the biggest causes of everyday stress, and also allowing people to do some extra work while commuting.

Finally, auto experts were asked to predict when consumers will be able to purchase an autonomous vehicle and what one would cost. Most of them expect to see fully autonomous vehicles available for purchase somewhere around 2025, which is along the lines of predictions made by most automakers. As far as what it would cost to buy and operate one, they agree that at the beginning, self-driving cars will be much more expensive than conventional cars, but eventually, will be more affordable than the cars on sale today, with autonomous driving technology expected to get drastically cheaper once all car makers start mass production of self-driving vehicles.

To sum up, some of the most prominent auto experts agree that autonomous vehicles are the future of transportation and that they will bring about positive changes to society, but there are those who are cautious about it and warn that automated driving might not be the answer to the traffic problems many countries around the world face, but rather increased investment in public transportation, better urban planning, and improving driver education and licensing regulations.