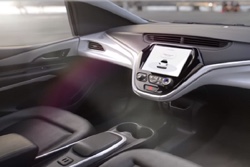 Google has been enjoying its dominance in maps for several years now, which has been one of the most significant competitive advantages over its main rival, Apple, and has made Android devices the preferred choice over iOS devices for many consumers. Now, it seems that the hard work and resources they have put into developing the Google Maps app might help them establish leadership in yet another market they have high hopes for– the driverless car market. Along with road infastructure, navigation is clearly one of the most important aspects of autonomous vehicles, as they will have to rely heavily on some sort of maps software to get around, so it’s no surprise that companies like Google and Apple play a huge role in the development of autonomous driving technology.Where is Google’s competetive advantage?

So far, Google’s maps have proven much more efficient and reliable in providing accurate and real-time navigation information than Apple’s software, which only increases the chances of the Internet search engine giant of becoming an undisputed leader in in-vehicle technology. Google’s dominance in maps will probably make the California-based computer software company one of the key decision-makers when it comes to how driverless cars get around town and where they go.

With Google’s supremacy in digital mapping, it would come as no surprise if most car makers decide to integrate Google’s technology in their vehicles. This would mean that car owners will have to have a lot of confidence in the accuracy of Google’s mapping, since it will be key to ensuring vehicle occupants get to their destination safely and on time. Some people may be worried about Google taking complete control of their cars, being able to track cars’ movements and location at all times, and possibly giving instructions to driverless cars as to where they need to go, that could potentially be different from the preferences of those who are riding in the car at the moment, and get them to a place they didn’t originally intend to go to.How will Google take over the vehicle?

While this sounds a bit too far-fetched, the tech giant will undoubtedly have control over the way self-driving cars move, where they go, and how they get there. Google’s sophisticated navigation system will do all the work as far as choosing a route is concerned, so it will have quite a bit of power and impact when it comes to creating driving patterns, which could also affect traffic as a whole. This could turn out to be a good thing, as these systems will be smart enough to detect traffic jams and will receive real-time traffic information, and use it to suggest alternative routes so that passengers can avoid congestion and arrive at their desired location faster.

In any case, Google’s digital mapping will highly likely be much more efficient in navigating cars than any human driver could ever be, and it will surely be an essential part of most self-driving cars in the future, so consumers shouldn’t be worried about the company gaining control over their vehicles and making them go in a completely different direction than the one chosen by those traveling in a given car.