Among the several advantages that ride-sharing services have over taxis, the fact that they are more affordable is the one that is being mentioned most often. In addition to being a very convenient alternative to owning a car or getting a taxi, ride-sharing is generally cheaper, which makes it appealing to an increasing number of commuters, and nowadays it is the preferred transportation option for a lot of people in various major countries and cities across the globe. Although ride-sharing fares may vary significantly between cities, and based on the time of day these services are used, they are still more affordable, which is mostly due to the fact that ride-sharing companies don’t pay taxes and other fees that taxi companies are required by law to pay, allowing them to offer lower prices.

What’s The Fare, a website providing ride fare estimates, conducted a new study recently, analyzing the prices of three of the most popular ride-sharing services – Uber, Lyft, and Sidecar – and comparing them against cab fares in three U.S. cities: New York, Los Angeles, and San Francisco.

Researchers found that with the exception of pricing surges and prime time fares, ride-sharing was cheaper in all three cities. According to their estimates, ride-sharing services were cheaper than taxi 99% of the time in Los Angeles, followed by San Francisco with 97%, and New York with 85%. 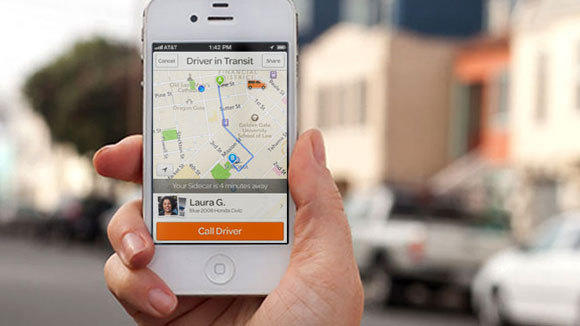 They also compared prices between the three ride-sharing companies, and found that they vary quite a bit. In San Francisco and New York, UberX was only cheaper than taxi 76% of the time, with Lyft being cheaper even less often, with 71% of the rides. On the other hand, ride-sharing fares for all three companies in Los Angeles were lower than taxi fares over 96% of the time.

As far as which city each of the ride-sharing services is cheapest in, What’s The Fare’s analysis shows that in San Francisco, Sidecar and UberX are cheapest majority of the time, whereas Lyft is cheaper than its competitors about half the time in New York and Los Angeles. This suggests that there are no clear indicators as to which company is the cheapest and in which cities, as they don’t have identical prices in all markets, with prices per mile and per minute varying between different cities, depending largely on traffic and time of day.

Finally, What’s The Fare gathered data on how much Sidecar, UberX and Lyft users wait for a ride, and which city has the longest wait times. They discovered that wait times in San Francisco were significantly shorter than in New York and Los Angeles, with over 85% of the rides with UberX and Lyft involving wait times of 5 minutes or less. UberX’s and Lyft’s ETAs in Los Angeles were 7 minutes or more 75% of the time, which is understandable, considering that this is a significantly larger city.

The bottom line is that ride-sharing is definitely the more affordable transportation option than taxi, but users have to remember that prices may surge during rush hour, and that they can not expect to be charged the same rates in all cities, so they should do their research and compare prices before they requesting a ride from Uber, Lyft, Sidecar, or some other ride-sharing company.