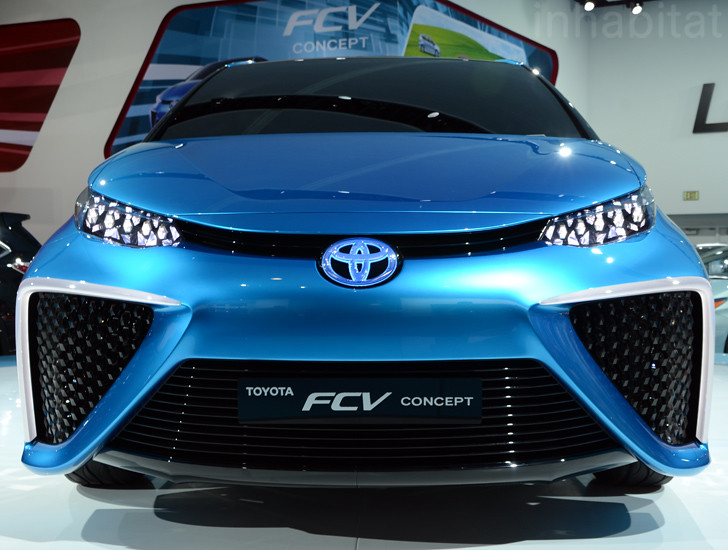 In recent years, automakers have managed to make immense strides in advancing fuel-cell technologies, but mass-produced affordable hydrogen-powered vehicles are still far from becoming a reality. The challenges faced by these alternative fuel vehicles and the progress made by the leaders in fuel-cell technology, like Toyota, Honda, Hyundai and GM, were among the main discussion topics at the 2015 SAE World Congress, with focus on the efforts for commercialization of hydrogen vehicles and supporting infrastructure.

The aforementioned car makers were joined by two of the world’s leading natural gases and engineering companies, Linde and Air Liquide, which are helping to build hydrogen stations in the U.S., Japan and Europe.

“In order to prepare for the FCEV market, there have been three main areas where hydrogen infrastructure has started to roll out: Europe (Germany, France, U.K. and Scandinavia), the U.S. (mainly in California) and in Japan,” said Jesse Schneider, the Manager of Development for EV, Fuel Cells and standards for BMW, who chaired the expert panel at the world Congress, and added: “These three geographical areas will each have approximately 50 stations by 2016 and plans to expand this cumulatively to multiple hundreds by 2020 and thousands in the decade thereafter.”

Among the highlights of this year’s world Congress were a new fuel cell separator and a stack manifold recently developed by Toyota for its Mirai fuel-cell sedan, as well as new hydrogen storage tanks. Toyota representatives participating in the panel discussion said that these new components have helped improve the Mirai’s electric power generation performance and reduce its weight.

“The four 70 megapascal 10,152 psi tanks used on the 2008 Toyota FCHV-adv were reduced to two new larger diameter tanks. The laminated structure of the tanks was optimized to reduce weight, and a high-strength low-cost carbon fiber material was newly developed and adopted,” said one of Toyota’s presenters.

Honda’s new fuel cell stack was one of the topics, as well, with Takashi Moriya, Senior Chief Engineer Honda R&D, saying that this new component has increased the range of his company’s FCV Concept to over 300 miles, which is more than any electric vehicle, with the exception of the Model S.

As far as commercialization of fuel-cell vehicles is concerned, automakers noted that the next generation of FCEVs is expected to be introduced by 2020, predicting a cost reduction of 50% by the end of the decade. About 500 hydrogen-powered vehicles are expected to be sold by then, a figure that is projected to rise to approximately 10,000 by 2025, which is when they should become affordable for the average consumer.

On the infrastructure commercialization front, Kyle McKeown from Linde Gases said that his company’s innovative ionic compressor has helped cut manufacturing costs for hydrogen stations by 33%.

In conclusion, this year’s SAE World Congress highlighted the great advances in hydrogen infrastructure and automakers’ efforts for commercialization of fuel-cell vehicles, which are expected to become increasingly popularized and reach affordable prices between 2020 and 2025.